You seem to be offline

Ever wondered why the best tequila, Don Julio 1942 is an award-winning tequila? Don Julio 1942 is made from Blue Agave - a plant that takes about eight years to mature. It's also distilled slowly and aged for 3 years in oak barrels. We'll tell you 5 reasons (among many) what makes this prestigious Don Julio 1942 Agave Tequila so great and why you should drink it or at the very least give it a bash if you are looking for an exquisite taste experience! It also makes for a great cocktail mixer or neat with salt and a slice of lemon. The traditional Mexican way to drink tequila.

It takes about 8 years for the Blue Agave to mature and when ready, it is cooked al-dente like pasta and then put into wooden barrels to ferment. This process of cooking was introduced by Don Julio in 1942. In 1981, he decided that this unique process would be extended to the entire range of his tequilas. The result? A super smooth tequila with a velvety finish!

Some tequilas are aged in wood which makes them smoother but there are very few that are aged in oak barrels with charred insides imparting to the tequila a unique taste, an experience for your palate. The barrels used were formerly used to age bourbon whiskey before being shipped over to Mexico. Production takes place at the original distillery in Atotonilco El Alto, Jalisco, Mexico. 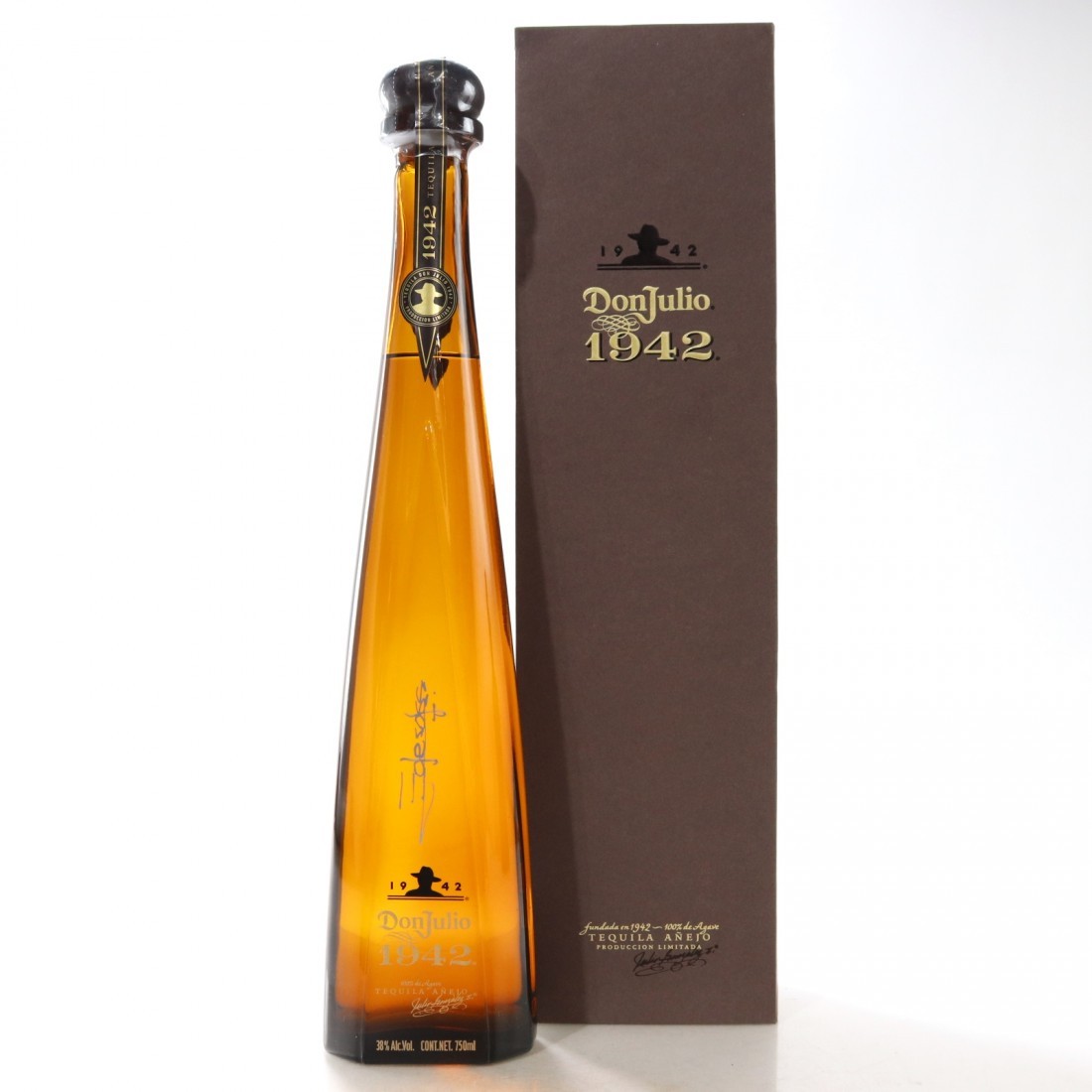 1: Don Julio 1942 is aged in American whiskey oak barrels for at least one year

Don Julio 1942 is a tequila that has been aged in American whiskey oak barrels for at least one year. This process gives the Agave Tequila a unique flavor that is different from other tequilas on the market. The aging process also gives Don Julio 1942 a smooth and mellow taste. This makes it a great tequila to drink neat or on the rocks. Don Julio 1942 is also a very versatile tequila. It can be used in cocktails or mixed with other drinks. If you are looking for a unique and high-quality tequila, then you should definitely try Don Julio 1942.

Don Julio 1942 is a clear spirit, which means it doesn't contain any of the impurities that can be found in darker liquors. This makes it a much healthier choice for drinking, as well as being less likely to give you a hangover. The lack of impurities also allows the flavours of the agave plant to shine through, giving Don Julio 1942 a smooth and refined taste. It is perfect for sipping neat or enjoying in a high-quality cocktail. If you are looking for a premium tequila that is healthier for you and tastes great, then look no further than Don Julio 1942.

Don Julio is one of the most popular tequilas on the market, and for good reason. Here are three reasons why you should be drinking Don Julio:

A. The taste. Don Julio is smooth and flavorful, with a perfect balance of sweetness and acidity. It's no wonder that Don Julio 1942 Agave Tequila is ranked as the number four best tasting tequila in the world!

B. The history. Don Julio González founded his eponymous brand in 1942, and it has since become one of the most recognisable and respected names in the tequila industry. When you drink Don Julio, you're drinking a piece of history.

C. The quality. Don Julio 1942 only uses the finest agaves from Jalisco, Mexico to produce their tequila. This commitment to quality ensures that every bottle of Don Julio is as good as it can be. So next time you're looking for a delicious and high-quality tequila, be sure to pick up a bottle of Don Julio. You won't regret it!

4: The Don Julio 1942 won a gold medal in 2012 at the San Francisco World Spirits Competition

Don Julio is one of the most popular premium tequilas on the market, and for good reason. Not only does it taste great, but it also has a high alcohol content, making it perfect for sipping neat or on the rocks. The 40% abv bottle retails for around $250, making it one of the most expensive tequilas on the market. But, as they say, you get what you pay for. And in this case, you're paying for a top-quality, award-winning Agave Tequila - artisan created that is perfect for special occasions. So, if you're looking for a premium tequila to add to your collection, or if you just want to treat yourself to something special, then Don Julio 1942 Agave Tequila is definitely worth the investment.